In 2016 JSC "Kaluga Plant of Power Engineering", in accordance with the concluded contract, carried out work on the repair of the high-pressure rotor of the steam turbine T-100-130 st. No. 6 (manufacturing number No. 26559) with the manufacture of sets of blades of 5-9 stages and their replacement.

The repair of the rotor was performed with proper quality and delivered to the Volzhskaya TPP on time, in full compliance with the technical task.

Taking into consideration the positive experience of working with this organization, Volzhskaya TPP recommends considering JSC "KPPE" for further cooperation.

Head of the operation service of the Volzhskaya TPP - N.V. Rakov

In 2016, at Volgograd TPP-3, under the project of "UK Teploenergoservice" LLC, the low-pressure cylinder of the PT-135 / 165-130 / 15 turbine st. No. 2 was reconstructed in order to implement the technical requirements TR-75-2 to improve the reliability of the turbine.

For the implementation of the project, "UK TPP" LLC manufactured a new rotor with packed-on disks of the 18th and 19th stages (as required by TR-75-2) and the height of the working blade of the last stage of 660 mm to replace the old one with cracks in grooves for thrust washers of shells diaphragms of 18..22 stages were repaired and refined, a set of honeycomb O-rings of end seals was manufactured, and a fairing at the steam outlet from the LPP was previously manufactured.

During July-September 2016 The general contractor for the entire range of works of "Kaluga Plant of Power Engineering" JSC (KPPE JSC) carried out a major overhaul of the turbine with the installation of the listed units in the wheel space. At present (October 2016) the turbine has been put into the operation and carries the base load.

As a result of the conducted procedures, the following has been achieved:

- increasing the reliability of the low pressure rotor and the overall operation of the turbine;

- ability to operate in condensing modes with poor vacuum, up to 0.15 kg / cm2 (if necessary);

- gain in performance by reducing the passage of steam into the condenser when the turbine is operating according to the thermal schedule.

In general, the enterprises of "KPPE" JSC and "UK Teploenergoservice" LLC are distinguished by a high level of organization of production, qualifications, management culture and fulfilment of contractual obligations.

Review on the manufacturer of spare parts and details for the steam turbine TPP-TBS.

The products are made of proper quality and on time in full compliance with the technical specification of JSC " ArcelorMittal Temirtau»,

Review on the manufacturer of spare parts for turbines

The products are manufactured on time in full compliance with the customer's technical specification, of proper quality.

Review on the manufacturer of spare parts for turbines

Hereby we inform you that in 2009-2010 by the "Kaluzhskiy Zavod Energeticheskogo Mashinostroyeniya" (ZAO) for the needs of the Cherepetskaya SDPP were manufactured spare parts for the OR-12 PM turbine (bearings with a housing and setting blocks EZ1-31704, thrust bearings with working blocks EZ1-32283, turbine manufacturer "Power Machines" JSC - "KTZ") designed to drive the feed pump of the C-300-240 turbine (turbine manufacturer "Power Machines" JSC • "LMZ")

The products are manufactured on time, in full compliance with the customer's technical specifications and of proper quality. 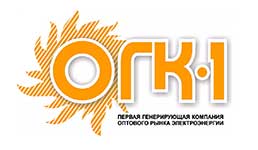 We hereby inform you that in 2011, the "Kaluga Plant of Power Engineering" (ZAO) for the needs of the Iriklinskaya SDPP manufactured regulating units and a wheel space of the OR-12 PM turbine (manufacturer - Power Machines JSC - KTZ), designed for actuating unit of the feed pump of the turbine C- 300-240 LMP.

The products are manufactured on time and in full compliance with the customer's specifications, of proper quality.

We hope for further seminal cooperation

On the supply of spare parts for the OR-12PM turbine

I hereby inform you that in 2011 the branch of "OGK-2" JSC - Stavropol SDPP was supplied with spare parts manufactured by "Kaluga Plant of Power Engineering" ZAO: regulating units and wheel space of the OR-12 GGM turbine (manufactured by Power Machines JSC - "KTZ").

There were no remarks on the terms of delivery of spare parts and product quality.

We hereby inform you that in 2011 the Kaluga Plant of

The products are manufactured on time in full compliance with the customer's technical specification, of proper quality. We look forward to further seminal cooperation.

Hereby we inform you that in 2011 by "Kaluga Plant of Power Engineering" (ZAO) for the needs of our branch "Surgutskaya SDPP-2" JSC "E.ON Russia" manufactured control parts and the water passage of the OK-18 PU turbine (manufactured by "Power Machines" JSC - "KTZ"). The products are manufactured in accordance with the technical specification of the customer, there are no complaints or comments about the quality of delivery.